Namra hotel is a native family hotel of 18 rooms (heritage and premium), with modern amenities, nestling in the historic Tingmosgang village situated in the picturesque Himalayan valley of Sham, 90 km west of Leh.

Ladakh is a region of India in the state of Jammu and Kashmir and lies between the Karakoram mountain range in the north and the main Great Himalayas to the south. Known for its wide variety of fauna, the region has a great diversity of birds like black redstart, hoopoe, brown-headed gull, desert wheaters, buntings and so on. 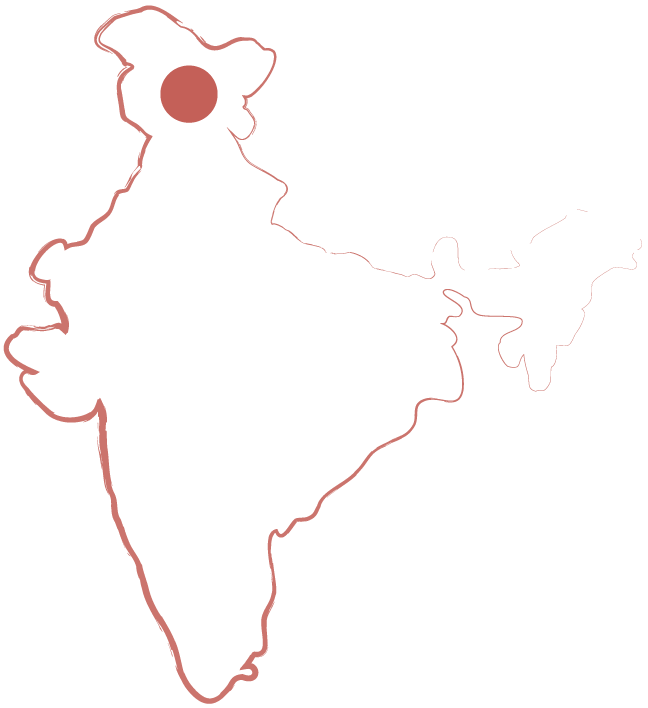 The other wild animals found in Ladakh are bharal, a blue sheep, shapu, a rare variety of goat, argali, ibex, chiru or Tibetan antelope and snow leopards.   Ladakh is a land of endless discoveries. There are many magnificent sites in and around Leh, the capital city of Ladakh. Important among them are Leh Palace built in the 17th century by the Ladakhi king Singey Namgyal that has nine stories, Stok Palace, built in 1825 that houses a museum which has a unique display of rare royal ornaments, clothing and Thangkas – Tibetan scroll painting on silk and brocade and Shey Palace, built in 1665 as the summer retreat house of the king.

Nam means “when” in Ladakhi language and ra is derived from the word dhra, read as dha by Tibetan, meaning “notice.” Duera or Dhuedha means notice/notification about the time. Time here is used in its largest possible sense, superseding the use of time as measured in hours and minutes.

The interesting aspect about this is that in Buddhism, sense of time is linked to the stage a sentient being is in its journey to enlightenment which could take anywhere from a lifetime to aeons or more. So, the name Namra reflects anticipation, looking forward to the future and the timelessness of time.

The inception of Namra hotel is quite telling about the advent of tourism in Ladakh. When Ladakh was first opened for tourism in late 90’s, there weren’t hotels in place to accommodate the numbers of tourist flocking in. In fact, the inhabitants used to refer to restaurants and any eateries as a hotel pronounced hotol.

It may be news for many that the concept of homestay originated from Ladakh during the same time. In the face of the shortage of regular hotels, families volunteered to spare extra rooms for the tourists to stay. Trekking was on everyone’s list of things to do. Tingmosgang falls in the way of one such trekking route and Namra was the first in the village to open its door to the tourists in 1999. At that time, the trekking experience was home stay based although they stayed more in tents pitched by the hosts.

Run by the old Namra family, a native of Tingmosgang village for several generations, this idyllic village hotel is sprawled over seven acres of lush flower gardens, orchards of apricots, apples & walnuts trees, all nurtured by the freshwater streams and surrounding mountains.

Namra hotel’s apricot and apple and walnut orchards are its pride and joy. The family prepares organic jams, apricot kernel oil, and dried delicacies under the watchful guidance of grandmother Namra. Only the freshest and sweetest offerings make it to the kitchens for our guests!

We also set aside a certain quantity of barley, apricots and other Namra products as an offering to His Holiness the XIV Dalai Lama. The family head has been travelling to Dharamshala in Autumn every year to deliver it personally at Tsuglagkhang, Dalai Lama temple.

Certified by Trip Advisor, Namra village hotel is well known as a paradise for enthusiastic nature lovers, sightseeing tourists and daring adventurers all alike. It is an inner sanctuary and a home away from home for all our guests & loyal patrons from across the world.

Stay with us & sway to the heady tunes of Mother Nature on the spectacular Roof Top of the world, Ladakh! 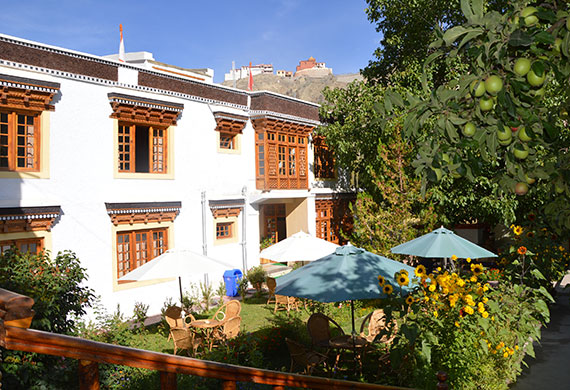